Later, his sons Ross and Colin, and his son- in-law Barry continued the business until June of 1999, when our current President, Jerry Pfeil, purchased the GM dealership from the Mackinnon family.

Jerry Pfeil successfully operated Grey Motors Pontiac Buick GMC in Owen Sound for 10 years until December 2009, when GM filed for bankruptcy in the U.S.  GM of Canada was forced to close over 200 dealerships across the country, putting many dealerships out of business, costing thousands of jobs at those dealerships from coast to coast.  At that time, Jerry Pfeil was blindsided by GM and had his Pontiac Buick GMC franchise terminated by GM, after growing market share and profitability for 10 years.

In September of 2013, we moved into our Brand-New Mazda showroom on the “Sunset Strip” in Owen Sound, where you will find us today. 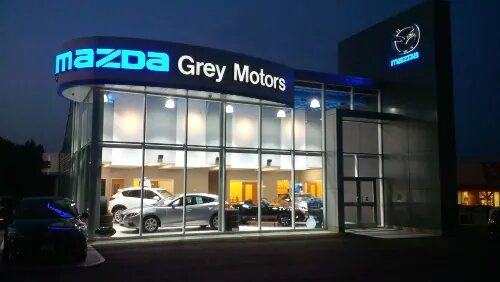 In 2018 we expanded our Service Bays and added a 4-bay addition to house our Detail Shop and Glass Repair and Replacement shop to better serve our growing service business.  This expansion allowed us to also add a state-of-the-art Alignment Rack and Laser Computer Measurement System to our mechanical shop.  Once again, to improve our ability to service our valued clients and even further grow our business. 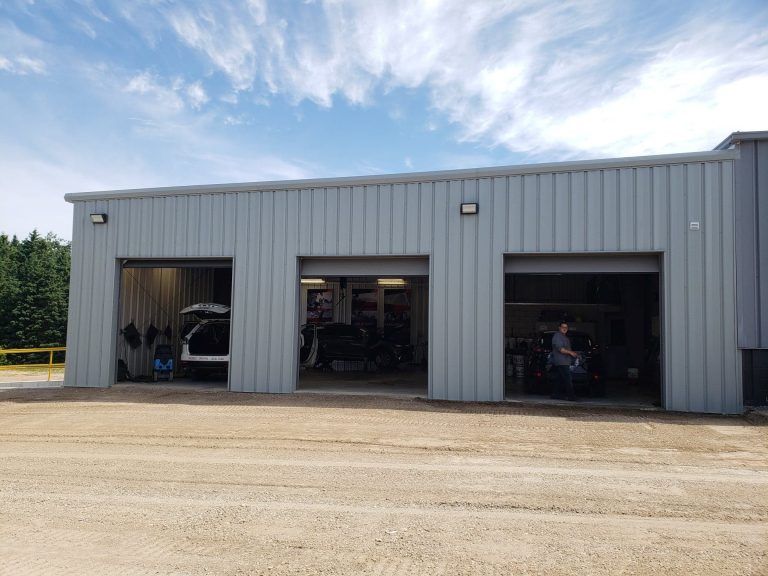 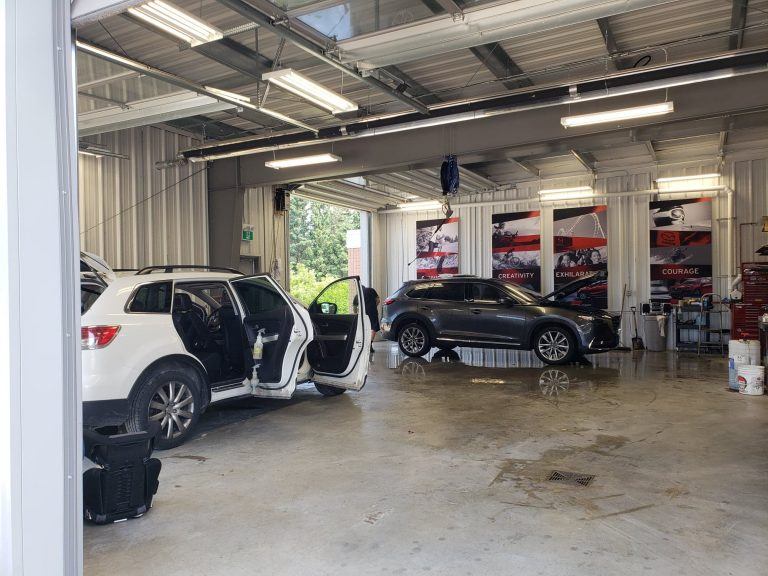 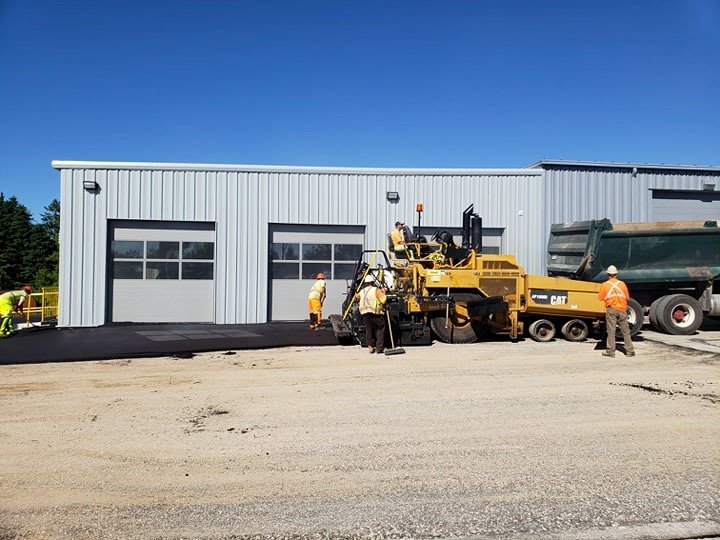 At the same time as the expansion to our building, we also added property to the rear of the lot, to make room for more inventory.  We can now comfortably, park over 50 used cars along with our typical 50-75 new car inventory.

After successfully running the Mazda dealership for almost 10 years, in June of 2019 Jerry Pfeil Auto Group expanded when he purchased Haffner Motors in New Hamburg Ontario and re-named it Jerry Pfeil Chrysler Dodge Jeep Ram.  Now our dealerships can offer our loyal customers Award-Winning full-size trucks from Ram, along with Chrysler, Dodge and Jeep offerings.

In 2022, our Mazda store underwent a renovation project, which included a refresh of the interior and exterior of our building with a modern and contemporary look.   At the same time, we re-named the dealership Jerry Pfeil Mazda, to brand the dealership with our Jerry Pfeil Auto Group. 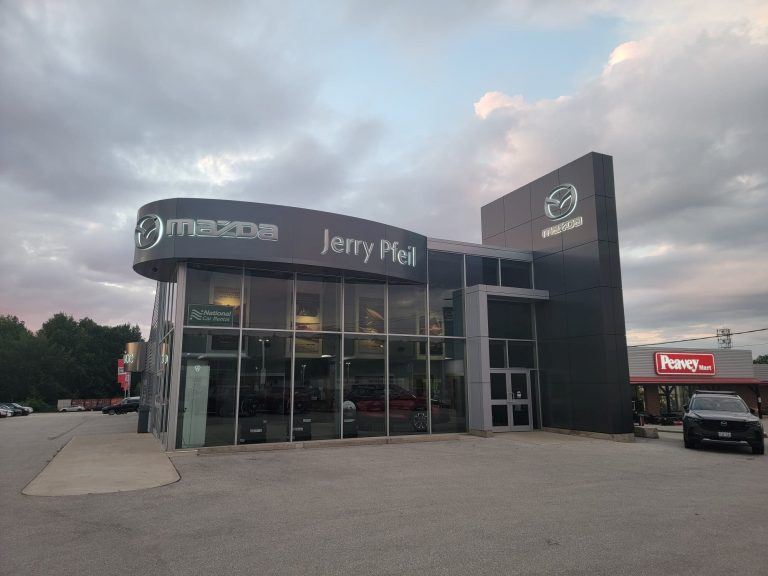 We are proud of what we have accomplished over the past 20+ years and we couldn’t have done it without the loyal commitment from our customers and of course, our fantastic staff.  We are forever grateful for them and will continue to work hard for them while providing the Best Automotive Sales and Service Experience!